Broadcast Towers Must Be Painted Correctly

Cell towers, radio towers, and other broadcast towers must be tall. Without that height, the towers won't be as efficient because they don't have as much range. Part of that is because the ground can cause some power loss. Another reason is that the towers need to be higher than neighboring structures. That is why you often see broadcast towers on top of skyscrapers in cities. The height of the building plus the height of the tower will make sure that lower structures won't block the tower. While the towers need that height, it does turn them into a risk to aviation. This is especially true because the towers tend to be skeletal and thin, making them even harder to see. Safety features need to be put into place to avoid accidents.

One of the safety measures put into place is having painted towers. There are strict regulations about how the towers must be painted. The structures must be painted with a series of contrasting stripes. The stripes have to be a certain width, and there must be a certain amount of stripes. Federal regulations also regulate the colors: the stripes must be painted white and aviation orange. The reason for these colors is that they are very bright colors and they contrast well, making the tower very visible. 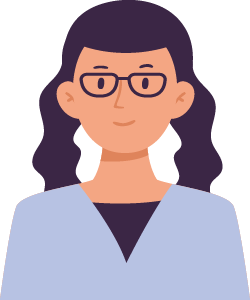 If you ask people what contractors do, most will reply "build buildings." Indeed, this is a key job of many contractors and construction workers. They create houses, commercial buildings, and more. But there are also quite a few contractors who do things other than build buildings. Some create roads. Others create landscaping walls and other decorative structures. It is our goal to give our audience a better understanding of the true breadth of the construction industry. It's about more than building buildings. So, welcome reader. We hope you enjoy reading the articles here, and we hope they teach you more about construction.